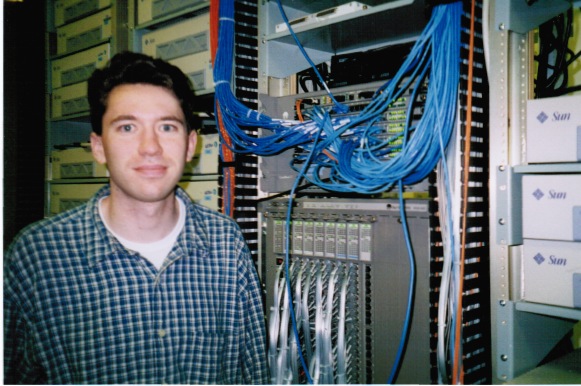 I’ve had a lot of odd jobs since I was very young, but this list covers my career in the tech industry:

I've only published a single peer reviewed paper because I ended up not pursuing a career in academia.  This paper was the result of a project where we broke the world record in data sorting.  We sorted 1 million, 100 byte records in 1.18 seconds, disk to disk on a cluster of Pentium machines. It was pretty neat at the time.


This paper was an internal Microsoft document, so it wasn’t peer reviewed.

This isn’t a paper at all, but it’s an article I wrote shortly after I moved to Utah.  I was irritated at the state of funding in the local venture startup community so I “wrote a letter to the editor”:

I don't think software patents are very useful, but when I was young and didn't know any better and I thought they were important.  When Scale8 shut down we sold the pending patents to Intel for a couple of hundred thousand dollars and eventually they ended up getting executed.  They are pretty useless, but for the sake of posterity, here they are: